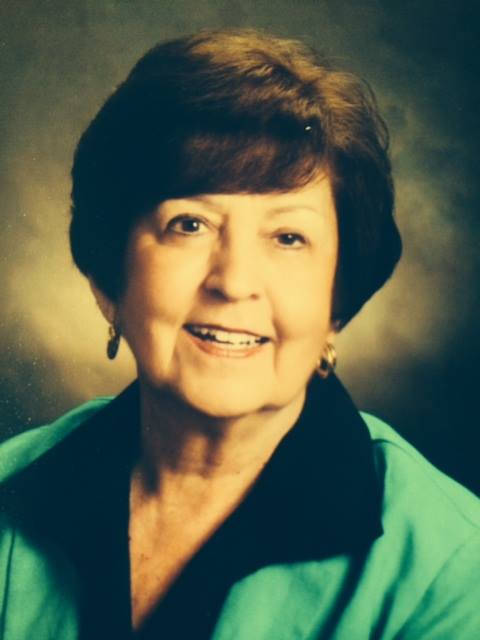 On September 16, 2022, members of the Junior League heard the sad news of the death of Past President and Sustainer Emeritus Patricia Cosby Blalock (83).  Born in Kentucky on May 10, 1939, Pat grew up in Danville and graduated from high school there where she cheered on her high school football team and served as their homecoming queen.  College had something even more special for Pat when, during her first week at Western Kentucky University, she met her future husband — Ralph Blalock.  After Pat and Ralph were married, they moved to Lakeland where they raised their children and became an integral part of the community.

A loyal and devoted League member, Pat continued to faithfully attend League events even when illness and mobility issues surfaced.  Her positive, can-do attitude was always present as evidenced during her year as president when the League’s Thrift Sale made a strategic move to the civic center and significantly increased our net gains.  Under Pat’s leadership, the League also  helped launch a successful project that became The Learning Resource Center on whose board Pat would serve.  During her active years, Pat served on numerous League committees including the Lakeland Day Nursery and the Cerebral Palsy Clinic as well as serving as treasurer, vice president, and president.

The community further benefited from Pat serving on the Boys Club Board, Citizens Police Academy, and the Florida Bar Grievance Committee. And she thoroughly enjoyed memberships in Dresden Antique Club, PEO, and All Saints Episcopal Church.

Bearing all of this in mind, there is little wonder that Pat would transfer her valuable skill set along with her winning personality (she never knew a stranger) to become one of Lakeland’s most successful realtors.  Nor is it surprising that Pat would thoroughly enjoy her stellar career for several decades.

Pat’s greatest success, however, was as a wife, mother, and grandmother, and it is to her family that we offer our heartfelt condolences.  Those left to cherish her memory are Pat’s husband of 64 years and the love of her life, Ralph Blalock, along with daughter and fellow Sustainer Jil Blalock Bevis and Jil’s husband Rob, son Paul and his wife Sustainer Randy Blalock, and her beloved grandchildren.  We are so grateful for Pat’s many years of selfless service, and we will always remember her fondly and with great respect.