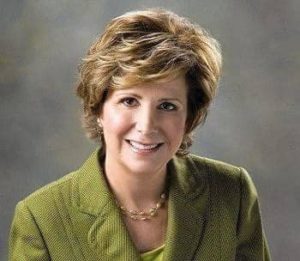 Today, the news everyone dreaded spread like wildfire. “Have you heard that Carol Barnett died last night?” My phone blew up with messages. The odd thing is I hadn’t slept all night. That has happened sometimes when people I know have died, but I’m never prepared for the news. So no, I didn’t know, but somehow my heart must have.

What I do know is that the disease which took Carol’s life is a beast. Early-onset Alzheimer’s moves rapidly and insidiously. First, it robs the victim of their mind followed by their life, but the inch-by-inch mental decline for family and friends is like a death in and of itself. You miss the person you love and all the little things that comprised life together. A funny story. A fervent prayer. A phone call. A wink. A nod. An incredulous look. The excitement in their voice. Their hearty laugh. Their winning smile. Their true eagerness to discuss the news of the day with you.

Every family touched by illness, especially Alzheimer’s, has their stories, but the one thing that holds true and something that has become more evident to all of us during the last two years in a pandemic is that we need to rejoice in and live each day to the fullest, just as The Bible says we should and just as Carol did. It behooves all of us to remember it’s the little things that give life its rich texture. Little things are the salt and spice that make the dish worth it. Carol Barnett knew this, and she knew it well.

I’m reminded of the time Carol called me in Jacksonville to see if I were by chance going to Lakeland on a particular day. She wanted to hitch a ride home from a Publix opening in St. Augustine. We made plans for me to pick her up from a hotel at World Golf Village at what I recall was around 6:30 in the morning in what felt like the equivalent of Arctic weather in Florida!

It was an eventful day for Carol, one that included a ribbon-cutting and tour of the new store which was #1000 in the Publix chain. The nods to both St. Augustine and to Publix history were apparent throughout the store and the celebration. I took lots of pictures. The opening was enjoyable, and Carol’s celebrity status was never more apparent. It was fun to be a fly on the wall and watch as the first-rate volunteer we had all known distinguished herself as a first-rate business professional: The Pride of Publix.

As her volunteer chauffeur that day, I got to witness not only Carol’s professionalism at the store opening but what a day in her life had become. Outside of the opening, Carol was on the phone taking care of Publix Charities business for much of the trip. I have never seen anyone work that hard. Even a flat tire which we thankfully had in front of a tire store (and laughed about) didn’t distract or deter her from completing her tasks. It was this type of laser focus, the ability to fully engage, that led Carol to be so well advised on decisions she made whether professionally or in volunteer work. But when she wasn’t on the phone, she gave me the same type of concentration and joyously conversed. Carol forever gave her all, and she gave it generously, never grudgingly, for there was no kinder, more altruistic heart than the one that beat in Carol Barnett’s chest.

Mimi Jenko called from South Carolina, and when I shared the news, Mimi said something that really hit home, “Carol dreamed big and accomplished things the rest of us could only ever imagine. What an amazing woman!” That is so true. Yet Carol believed we could do great things collectively. And while she led by example, just as she had seen her dad do, she also led by commitment having heard how her mother wouldn’t allow anything to stand in the way of her Jr. League work which was vitally important both to her mom and to Carol. Team Publix and Team League have much in common and are a mutually beneficial association. Carol was a well-trained Jr. League volunteer, and that League training helped enhance Carol’s ability to soar with eagles just as Publix has helped the League soar by generously supporting our efforts throughout the years

When Carol needed something written, she would sometimes call me, and I would do my best to oblige. While she didn’t request the following, I’d like to refer you to a previous Sustainer Spotlight on Carol which I had actually begun writing before I first read of her illness and afterward submitted to then Communications VP Katherine Fitzwater. The spotlight was posted to Facebook in 2016, and it ended up on the AJLI website where Carol received the recognition she so richly deserved as one of AJLI’s Notable Members. I refer you to their website now in order to more fully understand exactly what Heaven has gained and what her loved ones (to whom we extend our deepest sympathy) and the League has experienced from the extraordinary privilege of having known Carol: