President Callie B. Miller presided as she begins her second term as President.

Funding Director Stacy Walsh announced that through the League’s signature fundraising events and partnership approach with many organizations, the League raised over $192,000 to positively impact our community.

Past Junior League of Greater Lakeland President Sarah Dukes McKay announced the first recipient of the Sarah D. McKay Award established by the League in 2018 to honor her lifetime commitment to improving our community. The 2019 Sarah D. McKay Award recipient is Anne Furr. Anne served as the organization’s president in 1986-1987, is the founder of the annual Lakeland Christmas Parade and currently serves on the boards of GiveWell Community Foundation, Good Shepherd Hospice and Bonnett Springs Park. She is a graduate of the Leadership Lakeland Class III and was awarded the Jere Annis Award by the organization in 2005. Professionally, Anne was a teacher, served as Lakeland City Commissioner from 1989 – 2000 and lead the Lakeland Downtown Development Authority as its Executive Director from 2001 – 2012. Anne and her husband Mike have three children and five grandchildren. 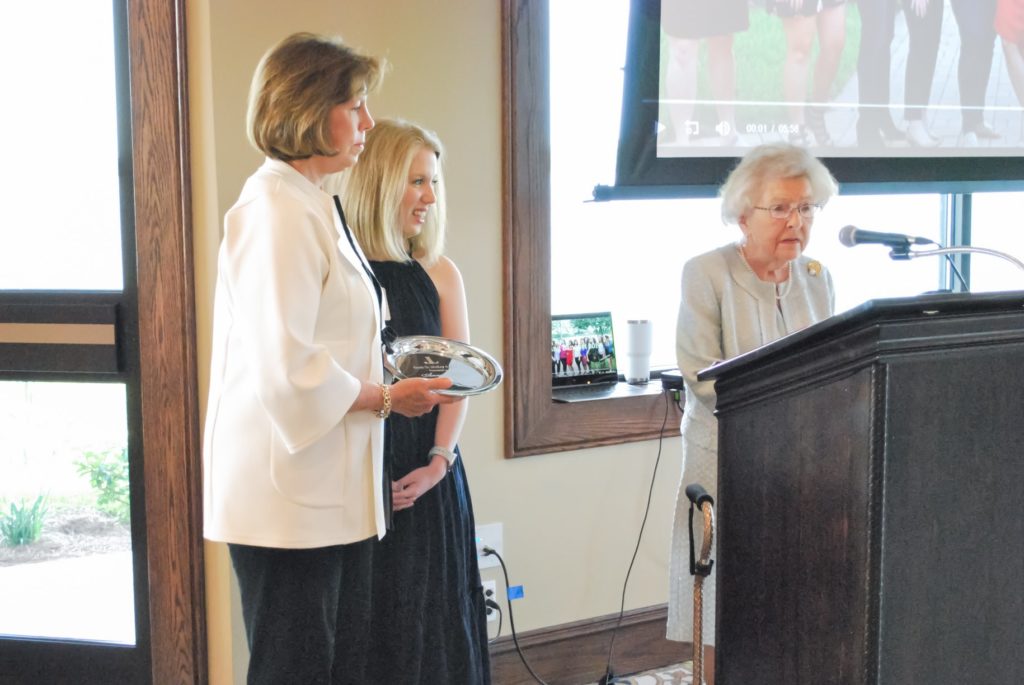 After a year of leadership development and community service opportunities, 27 women graduated from Provisional to Active membership. 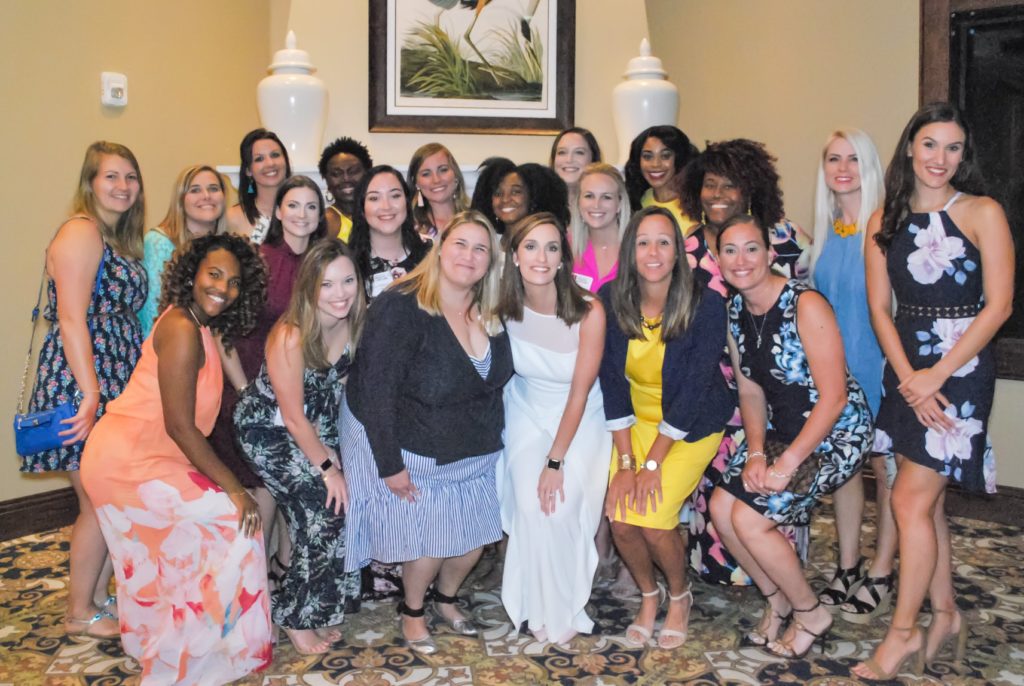 The 2019-2020 Board of Directors of the Junior League of Greater Lakeland was installed. 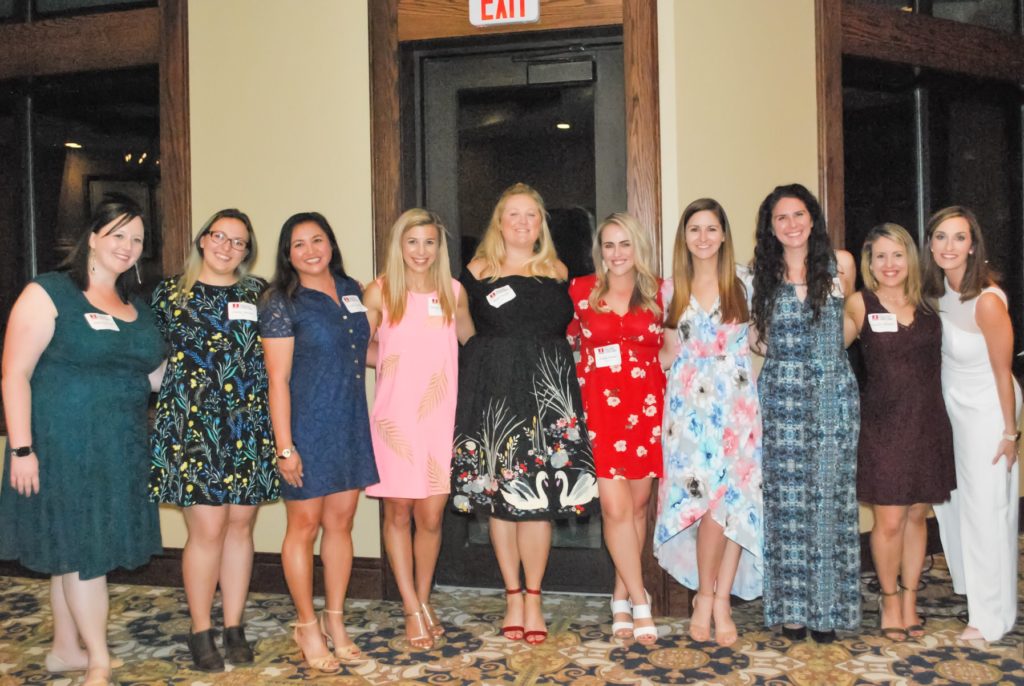 Several members were recognized for their service and commitment to the organization during the 2018-2019 year:

Heart of the League is awarded to an active member with amazing passion for the Junior League. The recipient of this award was Alyss Ruster, who received this award for her dedication and countless hours given to ensure the Thrift Sale was a success. Alyss is hardworking and encourages other members to do more.

Spirit of the League is awarded to an active member who is enthusiastic and full of pride for the League. The recipient of the award was Katherine Fitzwater, who received this award for her leadership on the Communications and Admissions-Provisional Committees as well as her ongoing support of all aspects of the League. Katherine is always cheering on her fellow Leaguers and looking for opportunities to highlight their personal, professional and League achievements through the League’s newsletter, social media or other recognitions. She has worked hard to ensure JLGL members receive recognition through the Association of Junior Leagues International working with their communications team to recognize Carol Jenkins Barnett and Sarah Dukes McKay as Notable Members. Katherine enthusiastically promotes all League events and encourages others to get involved and attend League events.

Volunteer of the Year is awarded to an active member who gives 100% of herself to her individual committee, as well as helping out on other committees and projects of our League. This year’s recipient was Sara Scoynes. Sara gave countless hours to support the League Thrift Sale in addition to being a dedicated member of the Admissions-Provisional Committee and always willing to assist the League in any capacity. Sara is a hard working, passionate and kind volunteer.

Sustainer of the Year is awarded to a sustaining member who has given tremendous support to our League. The recipient of this award was Laura Taft, who received this award for stepping up in a major way to not only serve as Sustaining Advisor to the 2018 Thrift Sale Committee, but gave hundreds of hours of her time to help make the event a success. The League could not have done this event without her help, guidance and hard work.

Provisional of the Year is awarded to a new member who goes above and beyond the expectations set for this level of membership. The recipient of this award was Genise Austin-Holliday, who received this award for her genuine interest in getting to know the women in Provisional class and her exceptional effort and assistance during volunteer projects, most notably during the Christmas Parade. Genise has a warm personality and always has a smile on her face. 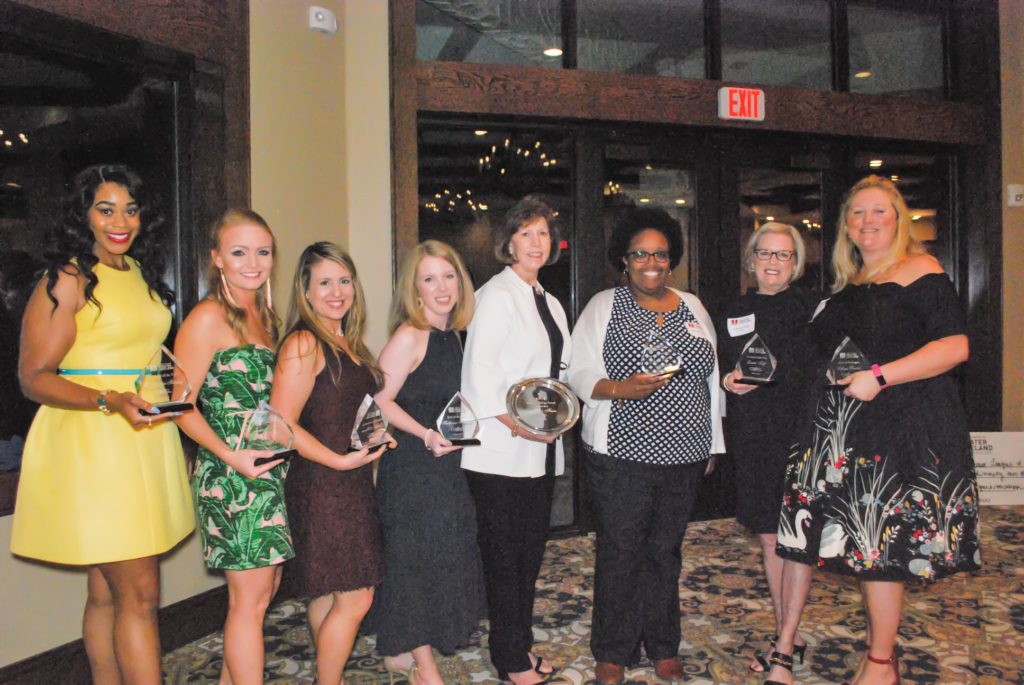